What Is a Federal Indictment? A Complete Guide to the Process

A federal indictment is a formal document that charges you with a federal felony. Learn more about the entire federal criminal case process here.

What Is a Federal Indictment?

When charges are formally filed against an individual for a federal felony, it is called a federal indictment. At the national level, misdemeanors need an indictment so that a Bill of Information can bring up a federal misdemeanor charge through a prosecutor’s written and filed statement.

For an indictment to be issued, a grand jury must convene or meet and decide if there is enough evidence to prove that the defendant committed the crime. An individual is informed of the charges through an indictment. The United States federal court is different from the state court in that a judge decides if there is probable cause, except for in more severe cases.

If state prosecutors have filed charges against you, you require a skilled federal criminal defense lawyer to provide advice and advocacy. Contact the Law Office of Valery Nechay for top-notch representation in your federal case.

What Is a Federal Grand Jury Indictment?

In federal cases, a grand jury is used to decide certain things throughout the legal process. A grand jury is a group of citizens who are impartial to the case. A federal grand jury indictment is the first step for the prosecutor to formalize criminal accusations against you. A grand jury decides if the accused person will be charged.

During the grand jury proceeding, witnesses may be called, the case will be summarized, and evidence may be presented to the grand jury. However, the proceeding is held in secret, typically without the presence of the accused or their attorney at that stage. The grand jury members listen to all the evidence and argument, and then vote on whether there is probable cause to charge the accused with a crime. The process of obtaining an indictment can last for several days, weeks, or even longer.

If they decide someone should not be charged, there will be no indictment. In that case, everything the grand jury heard, and all the presented evidence will be sealed. Some crimes require a grand jury, so the potential defendant’s identity remains anonymous so they can remain impartial when looking at the prosecution’s evidence and deciding if a criminal charge should be brought up against them.

If the grand jury decides the person will be charged, the case proceeds to a federal trial.

Typically, a grand jury has around twenty-three members, and only specific individuals may be in the room. Twelve or more jurors must agree before an indictment is set forth.

The Difference Between Criminal Complaint and Criminal Information

The Fifth Amendment requires that federal crimes begin when federal prosecutors prove beyond a reasonable doubt that defendants are guilty of the crimes they are accused of. However, sometimes the case can start with a criminal complaint or criminal information.

Most of the time, federal prosecutors file a criminal complaint with the federal court. A criminal complaint is a statement that contains facts of the offense that allow an individual to conclude that crime was most likely committed and that the suspect is probably responsible. It is usually supported by a statement made under oath by a law enforcement official who outlines an investigation in order to establish probable cause for an arrest warrant. 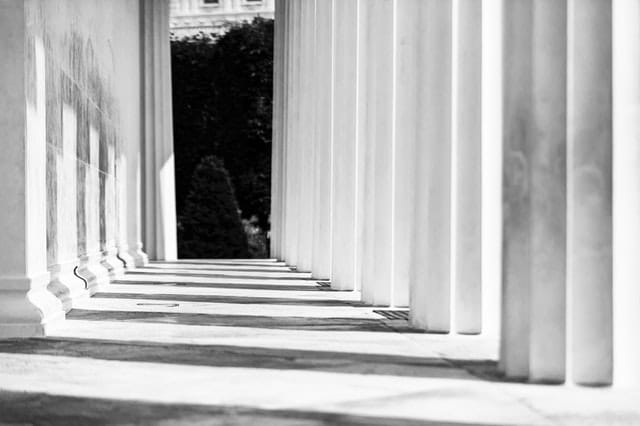 A criminal case can only move forward following the federal indictment process. After someone is notified of the indictment, it must go to trial within seventy days, unless the defendant waives his speedy trial rights. The defendant’s counsel must be given discovery, meaning all of the evidence that can be used against the defendant. The Discovery process helps the defendant and attorney determine their best course of action since it is a window into the case they are facing.

The attorney may decide to file a motion to say they do not believe the Discovery information was obtained properly or to ask questions about something. These motions will be reviewed and ruled on; then, the trial will begin.

During the trial, the prosecutor has the burden of proving each and every element of every criminal charge against the defendant “beyond a reasonable doubt” unanimously. The defendant and their defense attorney will have a chance to argue their case, challenge anything, and add evidence. The entire process can take as little as two months or last as long as three years or more.

When searching for a qualified and experienced criminal defense attorney for a federal case, you should look for one who has experience with federal trials and read their client reviews. It’s important to choose someone you feel comfortable with and someone who has the skills necessary to defend you.

What Is a Sealed Federal Indictment?

A charge is immediately brought up to a grand jury during a sealed federal indictment. The public cannot search sealed indictments, and witnesses cannot be named until right before the trial. This is because some witnesses may be confidential informants.

When someone is indicted in federal court, that doesn’t necessarily mean he or she is guilty of the crime. It just means the grand jury believes there is sufficient evidence to charge them with a crime. An indictment is just the first step in a federal criminal case. As mentioned, the federal prosecutor has to prove beyond reasonable doubt that the individual indicted has actually committed the crime. 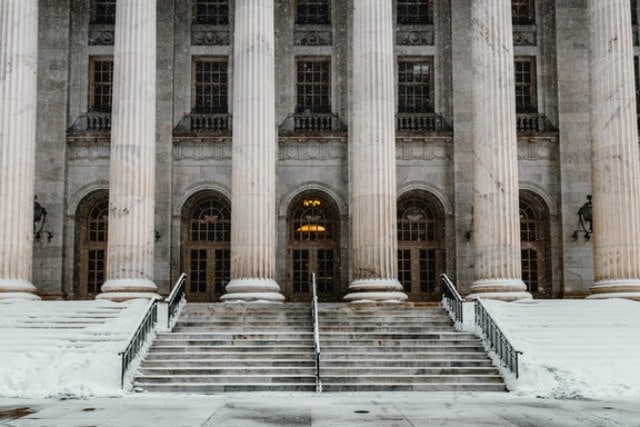 How to Conduct a Federal Indictment Lookup

If you are missing some of the details about your federal indictment or are not sure if you have been indicted, there is an online system that can provide information.

To perform an indictment lookup, you can use PACER. Otherwise known as the Public Access to Court Electronic Records, PACER is a service where anyone can make an account and search for court cases, whether it be criminal, bankruptcy, or anything in between.

You can even locate cases with PACER if you do not know which court the claim was filed in. It lets you search nationwide. Your attorney may also use the PACER system in order to electronically submit documents to the court.

If you have any questions about the information you find in PACER, it is best to speak with your attorney directly. 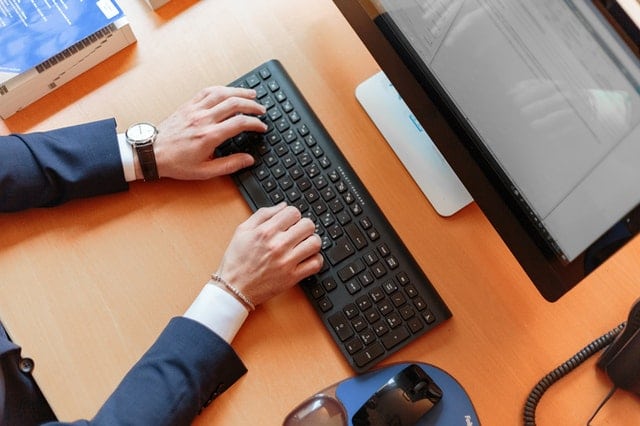 If you are looking for federal indictment records for a case prosecuted before 1999, they will be available in paper only. You can access them at the courthouse where the case was tried or at a Federal Records Center. When court records are permanently preserved, they go to NARA (the National Archives and Records Administration).

Courthouses will allow you to look at their electronic records for free but will charge you $0.10 for every page you print. PACER also charges $0.10 with a $3.00 limit per document. Researchers working on scholarly projects can request exemption fees from PACER. If you are looking for fee exemptions for non-research purposes, call the court.

Another option is to use the Federal Court Cases Integrated Database (IDB), provided free from the Federal Judicial Center. It has civil, criminal, and appellate data. If you are looking for information related to a Supreme Court case, it should be available on the court website.

What Is Needed to Get a Federal Indictment?

Prosecutors know what it takes to get someone federally indicted, so you need to know what is needed to defend yourself. If you look at the Federal Rules of Criminal Procedure, you will see the federal laws surrounding trials, which may vary by state.

The steps here are a basic outline that is true in most cases, with minor changes. If you are faced with an indictment, ask your federal criminal defense attorney which steps will be taken in your specific case.

Typical steps in a federal case include:

When you are charged with a crime, you may choose to represent yourself in district court or work with the federal public defender who is appointed to you. Take time to review your options and assess what is at stake. Federal indictments are extremely serious, and you may want to hire your own qualified criminal defense attorney to fight your criminal case.

Hire a Reputable Law Firm for Your Federal Criminal Cases

If you require defense lawyers in California for a federal case, contact the Law Office of Valery Nechay. Attorney Valery Nechay will provide the information and legal advice you need to defend yourself from the accusations of law enforcement officers and the federal government. Federal prosecutors fight aggressively. If you are charged with breaking federal law, you want a defense lawyer dedicated to building a strong attorney-client relationship and tirelessly fighting a United States criminal complaint.

If you are faced with a federal indictment, contact a federal criminal defense attorney to help. That can make the difference between freedom and prison. 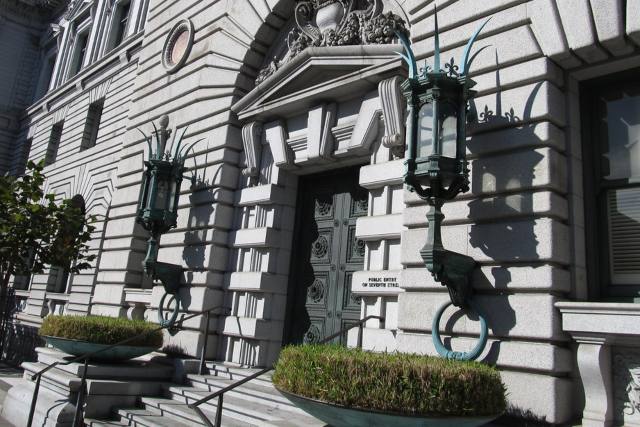